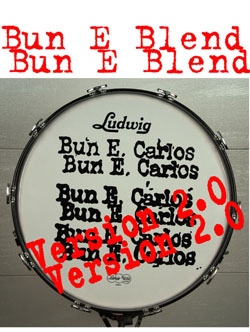 Having lived for a number of years in the late 70’s to the early 80’s in Beloit WI, home of Robin Zander, and very close to Rockford Il, I was extremely familiar with the super group Cheap Trick. They were the home town boys who hit the big time and we did everything we could to get to see them. So I was not unfamiliar with Surrender, The Flame, Dream Police, I want you to want me and the many other songs that I loved as much if not more that they did.

Jumping forward to the early 1990’s I knew a concert promoter in the Twin Cities and get a call one day with him asking me if I would like to come down to Iowa and see Cheap Trick. Having not seen them in a long time and assured that I would have not only tickets but back stage passes I was on my way.

The show was great, but the best was yet to come. After the show as is their typical fashion, they ducked out while the crowd was asking for more, and headed back to the hotel. After the show I meet up with my friend and thank him for the chance to get within arms reach of the band and also the free show. He tells me, come on we are headed to the hotel. We arrive at the hotel and sit in the bar and I get to meet each of the boys as they come down from taking their showers and getting dressed. I talk to Robin Zander, I talk to Rick, I talk to Tom (boy is he ever shy), and finally get a chance to talk with Bun E. Carlos.

For some reason Bun E and I hit it off right away, we had lots of common interests especially muskie fishing and we hung out on the bus while everything was packed up and talked a good long. We traded phone numbers and addresses and kept in contact over the years and our friendship developed.

One of the fine perks of knowing a member of a rock band and being a personal friend is you get to go see them with back stage passes when ever they come around. Since I loved the band, and was getting to know the others each time I visited them at a show it was a nice perk, and since I owned a couple retail coffeeshops in Downtown St Paul it seemed only natural to bring them a gift of gourmet coffee as a thank you gift. Which of course they loved cause when your riding around the country in a tour buss it is really nice to have some GREAT COFFEE.

One day in 1998 they were playing at First Ave in Minneapolis Minnesota and we were hanging out after the show talking about fish and stuff when I pulled out the coffee. Robin Zander is walking by when I pull out the coffee and says “Alright something to look forward to on the bus.” and adds “You know why don’t you sell a Bun E Blend of coffee?”

I looked at Bun E, and He looked at me and with a flash of inspiration we both said, why don’t we? The idea of Bun E Carlos Blend Coffee was born, thanks to the off handed comment of Robin Zander.

We spoke about it over the phone and eventually signed an agreement where I could use his name and image to sell a blend of Coffee he selected. At first it was just a page on our Coffee shops web site, to a full blown website of it’s own. At one point we sold a Special Edition Gold Bag with each one being hand signed by Bun E Carlos himself.

In 2008 we changed the blend to Bun E Carlos Blend V2.0 which has been available ever since. This is a darker roasted blend of coffees that is a secrete recipe only known to myself and Bun E. It is a marvalous blend of coffees and roasted to a point where the oils are visable on the outside of the bean. A VERY tasty blend that has a real kick behind it.

In 2008 I get an email from an unknown person. Basically it said I needed to look at a video on YouTube. Thinking it was nothing but spam I disregarded it. About a week later another email pops up from the same persona asking me if I had watched the video and what I thought. At this time I now had to see it. WOW… A Commercial on YouTube for Bun E Carlos Blend coffee. You can search YouTube and watch the video. Now that is a real fan.

It’s really a crowning enjoyment to sell coffee for the ONLY Rockstar with his own Coffee, and one who is such a cool guy to boot.

About Coffee-n-Caffeine
Merry Christmas, Happy Holidays
Searching is in progress